39 Outfitters that offer Giraffe Hunting Trips, Guides and Oufitters found.We're here to help you plan your next hunting adventure. The best deer, elk, bear and other big game outfitters in Texas, Colorado and beyond are right here on Guidefitter.
Change
Refine search 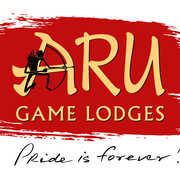 Namibia undefined The van der Westhuyzen family and staff invite you to come experience the thrill, the adrenalin, the awe of being alive in this ancient land! We cannot wait to welcome you to the Namibian wilderness. We offer luxury accommodation at both of our game lodges: Veronica and Kalakwa. • DSC Outfitter of the Year 2018 • Ox of the Okavango Award - African Professional Hunters Association Danene is one of only a few qualified female professional hunters in Namibia, and the first female dangerous game PH ever to qualify in Namibia. I love the outdoors and am passionate about ethical hunting and spot and stalking wild game with either rifle or bow! Honored to be voted president of the Namibia Professional Hunting Association (NAPHA) in 2016, the first woman worldwide to hold a position like this in the hunting industry. • President Namibia Professional Hunters Association • DSC - Member of the Conservation Board of Advisors • Namibia Ministry of Environment and Tourism - Member of the Conservat 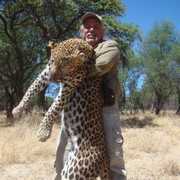 Province of North-West, South Africa • We have our own exclusive hunting concessions in South Africa in the North-west Province. We are fortunate as the area where we hunt offers our clients most of the species that are available throughout South Africa as it is a combination of bushveld, highveld and middelveld habitat systems. We will tailor hunting packages to suite our clients safari needs, Big 5 safaris, plaines game hunt and bird hunts are tailored to suit our clients needs. Our Main camp is located only 2 and half hours drive west- north- west from O.R Tambo International airport, Johannesburg. Our concession areas make up a combined total of 380 000 acres.

Matabeleland North Province, Zimbabwe • Come experience one of the greatest adventures on earth! Our camp is situated on Bingwa ranch 60 kilometers south of Victoria Falls. We hunt on private land as well as safari areas in the well known Matetsi Safari area. Clients fly from O.R Tambo, Johannesburg, South Africa to Victoria Falls where we will meet and transfer them to the camp. The Matetsi area in Zimbabwe offer some of the best Buffalo, Sable, Elephant and Leopard hunting in Africa. We also specialize in Hippo and Crocodile hunts. At Africa Maximum Safaris we are dedicated to make your African Trophy Hunting Safari a memory of a lifetime. Take the Shot! 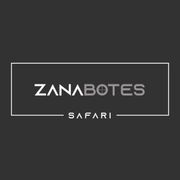 Zana Botes Safari
Leave your footprints in the dustStarting from $5,000.00

Khomas, Namibia • With more than 130 000 acres accessible one get to hunt African Game some of the best areas. From hunting in Hartman Zebra and Kudu in the Khomas Highlands to searching for the Eland and Springbuck in the open plains. We have it all. Get that heart beating with an amazing stalk and the smell of gun powder. 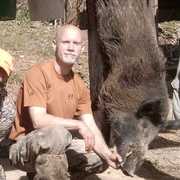 Inkwanca NU • In addition to the hunts offered on our property, we book African game safaris in partnership with Huntershill Safaris. From impala or Cape Buffalo to hippo and klipspringer, or whether you're a rifle or a bow hunter, we cater to all interests and skill sets. 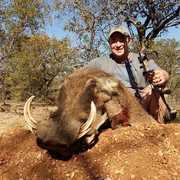 Lephalale NU • We specialize in custom hunting packages for everyone. 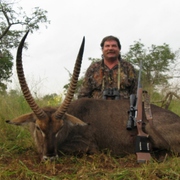 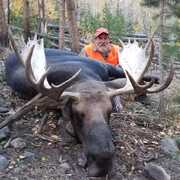 Khomas, Namibia • Our Namibian outfitter hunts one of the finest and most sought after private game reserves in all of the country. It was established in 1913 and it has been owned and run by the same family for 99 years. They will celebrate their 1st century of existence in 2013! This team of qualified and experienced hunting guides, drivers, trackers and trophy handling specialists guarantee a successful and memorable hunt of a lifetime. You be impressed not only by the hunt and various hunting concessions they maintain, but also by the unique atmosphere of the homestead. The two main concessions consist of the "Namib Desert Camp" and the "Woodland Savannah Concession". 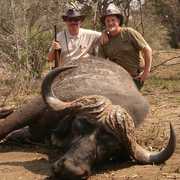 Free State, South Africa • You tell us what you are interested in hunting and we tailor make it to your preferences. 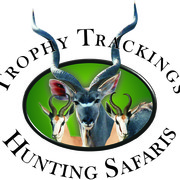 Caprivi, Namibia • Trophy Trackings Hunting Safaris invite you to a Hunting paradise – the best kept secret on the African Continent……. We have two different hunting Area's, one where we stay most of the time in the North West. The other one is on the Central Eastern HighGrounds. A total of About 200 000 Acres of hunting Area is covered by us for the best Namibian trophy's. 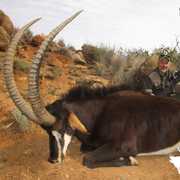 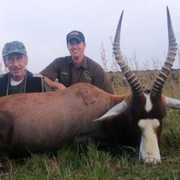 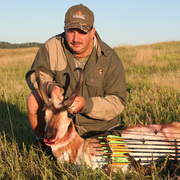 Province of Eastern Cape, South Africa • Come join us on the dark continent for the experience of a lifetime. Whether you're interested in the big five or plains came hunting, we have the experience and resources to make your African dream hunt become a reality. Our commitment is to provide a professional and ethical hunting experience for our clients. We offer hunting in South Africa and old Africa Safari in Mozambique, Africa. With over 30 years in the hunting industry. You will have a safe and memorable experience. Your PH Gordon Stark and PH Lou Lampinelli will walk you through your whole trip planning. 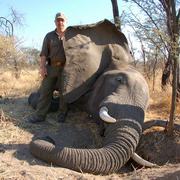 FREE STATE, South Africa • Join us on an African Hunting Safari! Hunting is permitted throughout the year. The best time is in our winter months from April to September with mid-winter in July. Temperatures in winter can go below freezing at night but the average day temperatures in mid-winter is between 55°F and 70°F. In April and September day temperatures can go into the 80°F range. Molopo Kalahari Safaris offer hunting in two regions in the North West Province. The far western Kalahari region, also known as the Molopo area, (named after the ancient Molopo River) and the central region, also known as the Great Marico area. These different areas enable us to offer a wide range of game species with excellent trophy quality. These areas are home to Eland, Sable Antelope, Tsessebe, Kudu, Eland, Gemsbok, Red Hartebeest, Warterbuck, Zebra, Blue Wildebeest, Giraffe, Bushbuck, Springbok, Impala and many others. There are also over 350 bird species to be seen.