52 Outfitters that offer Grizzly Hunting Trips, Guides and Oufitters found.We're here to help you plan your next hunting adventure. The best deer, elk, bear and other big game outfitters in Texas, Colorado and beyond are right here on Guidefitter.
Change
Refine search 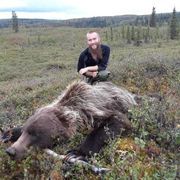 Healy • This 8 day Hunt is conducted over bait while sitting in a 2-man tree stand 17 to 20 yards from the bait station. This hunt is 1x1 only to keep scent and noise at the hunting location to a minimum. The price includes 1 Brown/Grizzly bear and 1 Black Bear. (Additional Black Bears may be harvested for an additional fee of $2,500 per bear) We typically see 2 to 6 grizzly/brown bear and 5 to 15 black bears per bait station.

Alaska • Description: The Hunt Is conducted in Southcentral Alaska. We will be glassing the foothills looking for mature boar bears as they come out of Hibernation and begin traveling the slopes looking for food and females. This hunt is a very Optics intensive hunt and will require a lot of sitting and glassing at times. Be prepared to have your Binos attached to your face for 12+ hours a day, we have tons of bears but it's amazing how long they stay hidden before you can lay eyes on one. Also, This hunt can get quite physical at times as well. We may have to cross creeks and climb fairly steep slopes to get a shot opportunity, 10 mile hiking days are not uncommon. Our camps are primarily tent based, This allows us to move into game rich areas and avoid overharvesting the wildlife. A lot of lodges you will find look amazing and offer great comforts but lack in game populations from overharvest and therefore have lower success rates than the method I utilize.

Alaska • This hunt is very similar to our spring spot and stalk hunt the biggest difference is at this time of the year the bears are more localized and feeding on Blueberries at higher elevations. The days are shorter and cooler at this time of year as well which also promotes bear activity. The hunting day is spent glassing the blueberry covered slopes looking for bears in the seemingly never ending blueberry patches covering the tundra. Black bear can also be harvested and are a common sight. ($2,500 per black bear) Wolves and Wolverine are sometimes spotted and can be harvested at no additional cost. (must have locking tags for all add-on species) 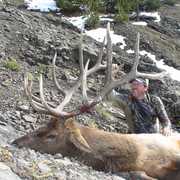 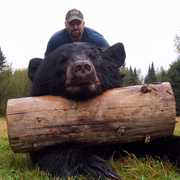 Wytopitlock • 7 day stay, 6 day hunt, everything included except processing. Licenses, baiting, cleaning, caping, 3 hot meals/day, beds with linens, satellite TV, running water, group discounts, families always welcome, any weapon, 64 bait sites, transport to and from bait sites, game retrieval, daily baiting 30 days prior to the season, paved road to our doorstep you park your vehicle and don't move it until you go home we take care of everything 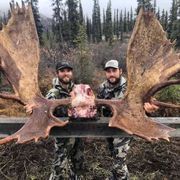 Yukon • Grizzlies are a trophy experience of a lifetime! There is a good population of grizzlies within the area, as they are managed well, so it is not uncommon to spot or see signs of bears throughout your hunt. The Yukon has become the world's hunting destination for a first class Alaska/Yukon Moose. The Alaska/Yukon Moose are of the largest subspecies of Moose within North America. The average span of their antlers range from 57"-60" but the Tombstone is known for moose that exceed 70". We hunt both Fannin (Stone) and Dall Sheep. You will notice a wide variety of color ranging from dark Stone to light Dall. The Tombstone has taken exceptional Mountain Caribou every year. We have a good population of the local Hart River herd in our area. Mountain Caribou are an excellent add-on to our sheep and moose hunts, or can be a separate hunt throughout our season.

Yukon • Our exceptional hunting area includes 4,600 square miles of pristine wilderness, with many valleys and mountains yet to be explored. We are located northeast of Dawson City, Yukon, nestled in the Ogilvie Mountains. There is no better way to experience the adventure of Canada's true north than that of a traditional horseback hunt in the Yukon. Tombstone Outfitters strives to make each and every hunt successful & enjoyable for you. Generally wolves are harvested when hunting for other species. Spring hunts will also be available. 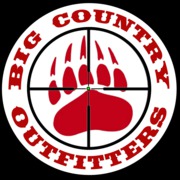 Fraser-Fort George G • We are well known for our adventurous expeditions and our high success rates. 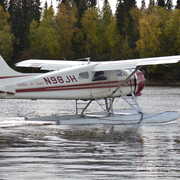 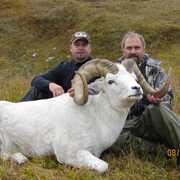 Gakona • Spring grizzly and black bear hunts over bait in the Alaska interior. We hunt from double ladder stands May and June. 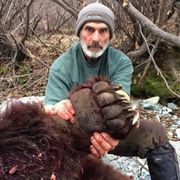 Alaska, United States • Lets go Hunting or Fishing in the Land of the Midnight Sun. 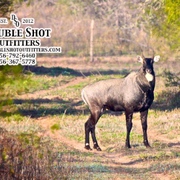 Harlin • From North America to Africa and anywhere in between! We have done our research, teamed with trusted individuals to bring you the best hunting experience available at fantastic prices! Get ahold of us today to book your trip of a lifetime! 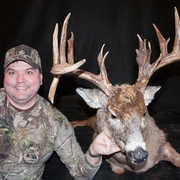 British Columbia • You can read more about our B.C. hunts, camp and hunting area on our website. Also, please see our website for specific dates and prices. 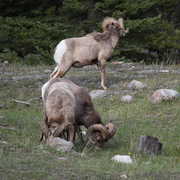 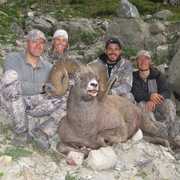 British Columbia, Canada • Whether your hunting in BC, The Yukon or the NWT, you must find the right area to hunt. I have personally hunted all of these places. For the avid hunter wanting a true trophy class animal, we will only hunt the top areas and every client will be given the chance to make their dreams come true. British Columbia has a very diverse landscape from gentle rolling hills to some of the most rugged mountainous terrain imaginable. It has the best Grizzly hunting in the world, Huge Billy Goats and it is home to the widest variety of huntable game in North America. Hunting BC has a lot of qualities. Starting with: guaranteed over the counter tags for all species, the option to hunt multiple animals on any given hunt, long seasons that allow you to choose your weapon (Rifle, Bow or Muzzleloader) during the prime hunting dates and over fifteen species to hunt including three in the sheep family. British Columbia is a hunters paradise! 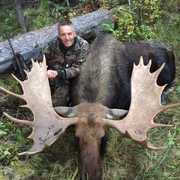 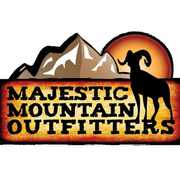 Alaska • We offer an some excellent hunting trips in the wilderness of Alaska. We have two exclusive concessions in the Wrangell St. Elias Park and Preserve. We stay in tents and have home cooked meals at base camp and freeze dried meals while at spike camps. This is one of the best opportunities to experience a true spot and stalk hunt in the untamed wilderness of Alaska! 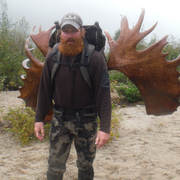