10 Outfitters that offer Roosevelt Elk Hunting Trips, Guides and Oufitters found.We're here to help you plan your next hunting adventure. The best deer, elk, bear and other big game outfitters in Texas, Colorado and beyond are right here on Guidefitter.
Change
Refine search 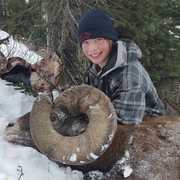 Fort Mcmurray • Garrett Bros. Outfitting is a family owned outfit that provide's World Wide Hunts. Whitetail Deer Hunts and Fly in remote Moose hunts. We strive to get you the trophy of a lifetime. Pat Garrett has hunted all his life and know what it takes to get the game you are after. If it's a a big Alberta Trophy Canada moose or a huge Alberta whitetail deer , Maybe a Big old ram on top of a mountain peak or a trip to spain for the grand slam of ibex or any antlered game animals that you are after then give us a chance and come and hunt with Garrett Bros and you will not go home disappointed. We realize that your hunt is not only about taking the animal of a lifetime but to feel welcome and have fun, stay in comfortable clean accommodations and eat well. None of us would expect anything less on an outfitted hunt. You can be sure everything is taken care of with Garrett Bros Outfitting And World Wide Consulting. 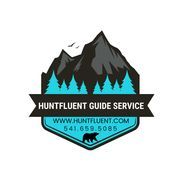 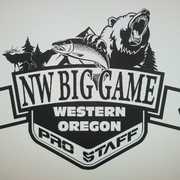 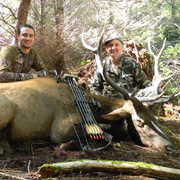 Oregon, United States • Specializing in Black Bear Hunts has been very rewarding for me. I use the Spot and Stalk method, combined with the Great Oregon Coast Terrain.. it has been a great success for my Clients, we find that our hunts have nearly a 80% shooting ability. Most of the Bears we spot are on average 6'. These are very exciting and rewarding adventures.. Roosevelt Elk Hunting takes place in the dense, restricting cover of Oregon's Coastal range from the massive old growth forest to the reprod. The hunts are Spot and Stalk Method as well as calling Herd Bulls during peak of the rut. Deer - Our Hunts take place is several Locations on the Southern Oregon Coast.During Rifle season we use the Spot and Stalk Method yielding our highest results. During Archery Season we use the same method but add Rattling and calling to bring in some Excellent Bucks. 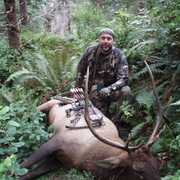 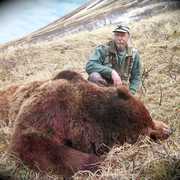 Alaska, United States • Moose Hunting in Alaska can be a very hard hunt in which you will want to prepare yourself for. Most of the hunts are very remote and you will be staying tent accommodations.Once the moose is down the work begins. Brown bears and Grizzlies are also a very large and dangerous animal. So with the help of the client your guide can skin and flesh your animal so you can have that wonderful mount or rug made of your trophy bear. After your bear has been taken if you have more time left to your hunt most people will hunt for wolves. Caribou are not as large and the time to take care of the caribou will usually not take as long. This does not mean that your guide will not work just as hard to take care of that trophy caribou.Caribou are usually found in the upper regions of Alaska; game management units 23 and 24. Roosevelt Elk are found on Raspberry Isand and Afognak. While hunt for your elk you can also hunt for Sitka Deer. 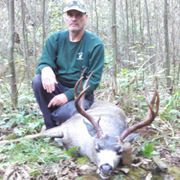 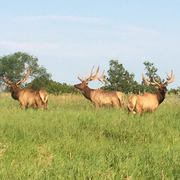 Saskatchewan, Canada • Our hunts include a three day hunt which includes lodging, meals and tags. Experienced guides averaging 15 years of experience. Alcoholic beverages are NOT included. The terrain here at Qu'Appelle Hills Trophy Outfitters is diverse and contains many different types of tree stands & blinds. A series of well groomed trails allowing for easy 4x4 travel between blinds & tree stands. We are equipped to suit the needs of bow, muzzle loaded and high power rifle hunters. ﻿A mandatory processing fee is required for elk. This fee of $300 includes processing on all animals: butchering, vacuum wrapping and freezing. (Done off site by a certified Butcher for required transportation of your meat.) Shipping of horns and meat is the responsibility of the clients.

Washington • Our deer hunts take place in the lower elevations surrounding the Olympic and Cascade Mountains. This is prime Blacktail country. There are many nice bucks and always the chance of a true monster for those who would like to wait it out. Deer season starts on the second Saturday in October. Instead of pressuring the deer early in the season though, we wait and start hunting at the very end of the month during the rut. Deer can also be hunted during archery and muzzleloader seasons at the same time as elk for no extra charge. We have a very good rate of opportunity on the deer on those hunts too but the rut hunt is the way to go for a true quality blacktail deer hunt. In the Pacific Northwest we offer hunts for the Roosevelt species of North American elk during rifle, muzzleloader, and archery seasons. "Rosies" are a bigger bodied animal than their relatives, the Rocky Mountain elk, with heavy antlers darkened from rubbing Douglas fir and alder trees found in their habitat. 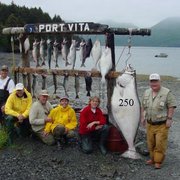 Alaska, United States • Hunt for Kodiak Brown Bear (a species isolated in the Kodiak Archipelago for 15,000 years and larger than their mainland cousins the Grizzly Bear), Roosevelt Elk, or Sitka Blacktail Deer.